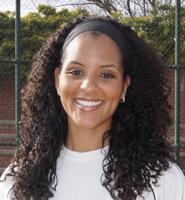 Let's introduce Head Coach Selena Collins-Patterson (Coach C). She will be taking the helm for the 10U Vipers 12- Patterson team this coming Fall 2022.

Selena is a 2003 graduate of Texas A&M University, captained the Texas Aggie softball team and was a four-year starter from 2000 to 2003. Named the A&M Female Athlete of the Year, Earned  All-American honors, Big 12 Conference Player of the Year, Big 12 First Team All-Conference honors for four seasons,NCAA Midwest All-Region honors and finished her college career as Texas A&M's all-time leader in RBIs and home runs.

After graduation Collins played professional softball in the NPF for the Houston Thunder in 2004 and the Chicago Bandits in 2005 & 2006. Selected to the All-Star team each year in the NPF.

Led the team to a second place finish in the SCAC Championship Tournament in 2011. It marked the Tigers' highest showing in years.

During her first season at Sam Houston State, the Bearkats, members of the NCAA Division I, increased their team batting average by 22 points, and had seven players earn All-Southland Conference honors. Sam Houston advanced to the semifinals of the Southland post season Tournament, after upsetting the Nos. 3 and 4 seeds.

Currently Selena is the head softball coach at Pace Academy in Atlanta, Georgia.

She was inducted with the 2021 Class into the Texas A&M Athletic Hall of Fame this past September.

She has her Masters degree in Exercise Science and is an instructor at Kennesaw State University in the Health Promotion and Physical Education Department in addition to the Coaching Minor. As time gets closer we will post more information pertaining to the Fall 2022 season including tryouts and more. For private tryout opportunities please email or call me.

Select A Player To See More Information About Them

VIPERS IN THE NEWS

Connect With The Vipers