Strong Weekend From Your Vipers 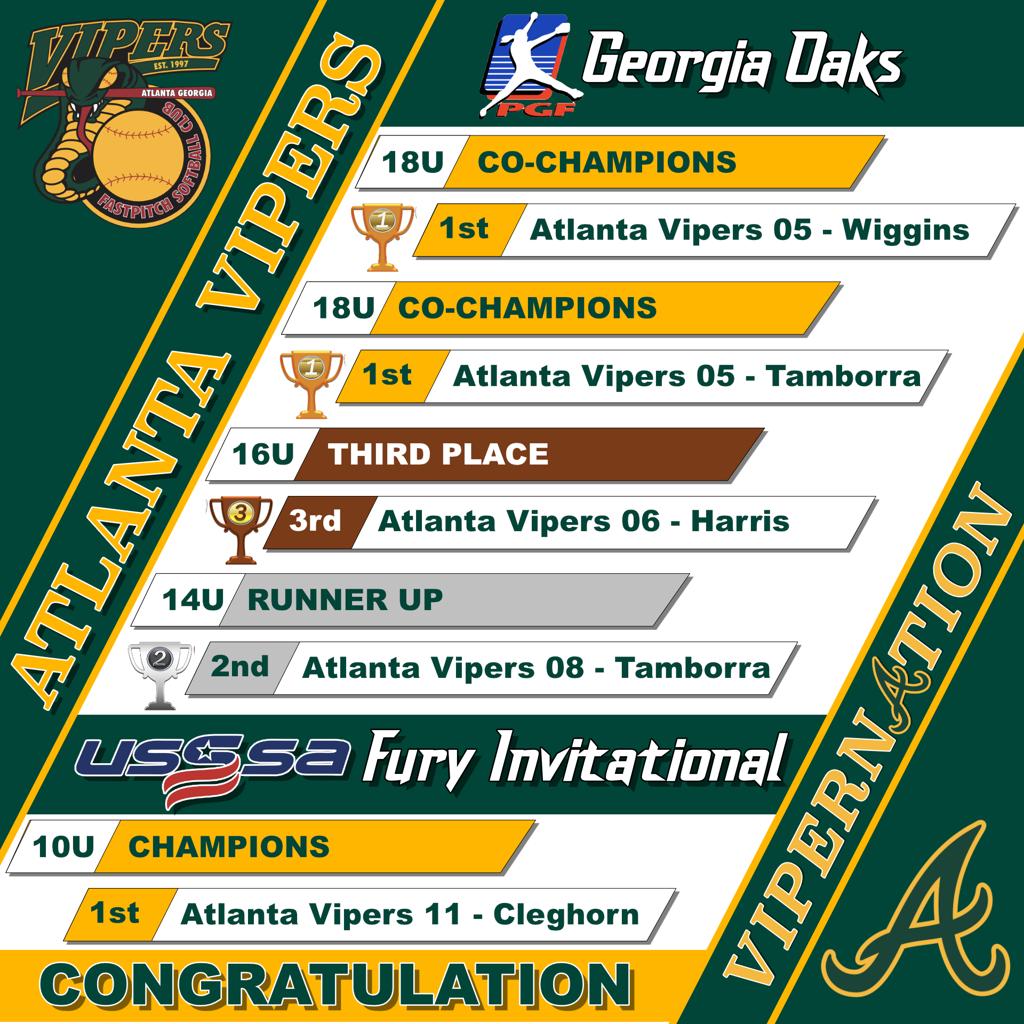 Congratulations on a strong showing from our Vipers Teams last weekend! 4 teams finished in the top 3 in the PGF GA Oaks Premier Division and a 1st place finish in the USSSA Fury Invitational. In the 18U Division Atlanta Vipers Wiggins reached the final undefeated where they met Atlanta Vipers Tamborra who fought back to make the finals. Both teams were crowned Co-Champions after Atlanta Vipers Tamborra won the Championship Game 1 - 0 and no shoot out was played.  Congratulations to all our teams!!